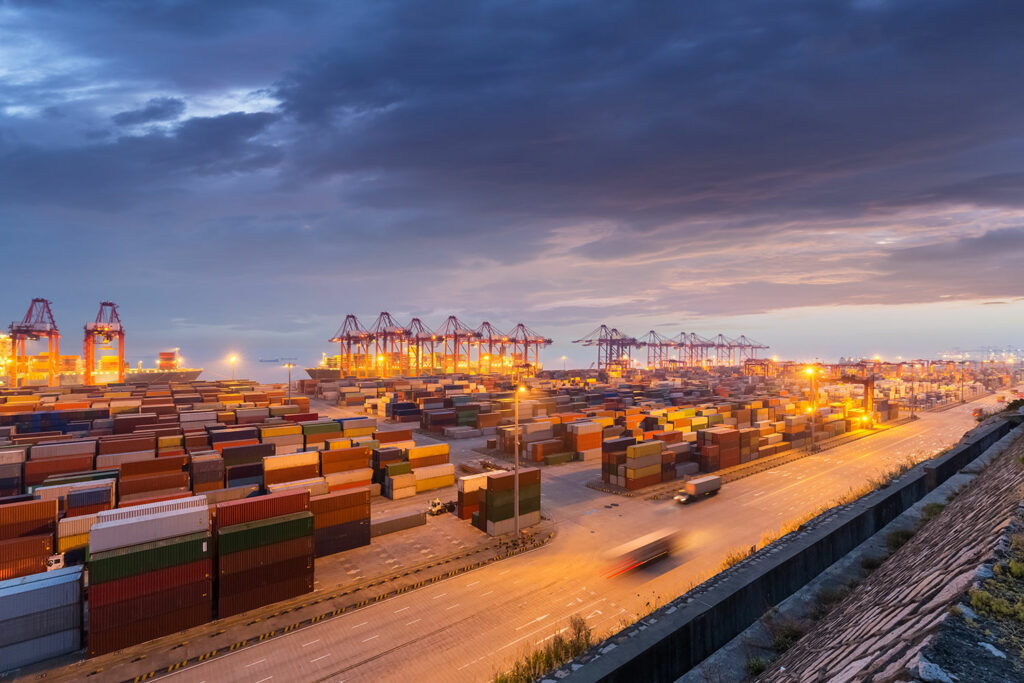 Over the last several months we’ve had various clients remark on the continual increasing price of Indian Sandstone and Limestone. Some of them saying they can buy riven sandstone for as little as £21m2+VAT from one supplier whereas others are quoting over £40m2+VAT for essentially the same product. So what is going on? Why is Indian Sandstone always going up in price at the moment? Are some suppliers being greedy? Are the Indian quarries becoming too busy and charging more for what they do? Are these the effects of Covid-19?

The answer is none of the above (well, apart from the last one), it’s actually down to the shipping costs.

No-one in the supply chain is making more out of natural stone at the moment than the shipping companies. An average container of stone moving from India over to the UK was costing around £1000GBP a year or so ago. Now it stands at more like £7,500GBP and this is why you’ve seen huge increases in price to all natural stone coming out of India. And to be honest all the companies that work in this industry are probably making less out of natural stone than they ever did before in an attempt to alleviate these huge hikes in shipping price.

Why has shipping from India and Asia gone up so much?

We’re lucky enough to know several people that work in international shipping very well and I had the chance to speak to one of them, who works for a major line with a UK office in Southampton, about exactly why the prices have gone sky high. He said that in general shipping is hyper competitive and even the huge companies do not make a very big margin at all. They all jostle for work as most customers see price as the only differentiator. However every few years events happen which spark huge demand for goods transport in someway and it’s during these times that shipping companies make a lot of money, a hell of a lot. And guess what? We’re in one of these times now.

Following the start of the Covid-19 pandemic in early 2020 consumer activity slowed, many businesses around the world either closed or instigated a working from home setup for the majority of their staff. There was an initial drop in global consumption of products and therefore a drop in demand for container shipping. Certainly many landscaping supplies companies held off on importing more stone paving for fear of not being able to sell it.

As a response to this lower demand the biggest shipping companies like Maersk, MSC, CMA and their ilk decided to dry dock a portion of their fleet. One of their biggest expenses is crewing and maintaining ships. This was a great solution for them to cut some costs during this period of lower demand. But next came a problem… Well it’s a problem if you like cheap indian paving stone.

As many countries around the world started to relax restrictions, our behaviour as consumers started to return to normal. In fact it wasn’t quite normal. As a lot of social and leisure venues remained closed (for fear of large gatherings spreading the virus) many people in western culture started to spend more than they had ever before on their homes, improving their living conditions (as they’d been spending so much time there) and on products from online stores. Most of these products we were buying came from overseas, specifically Asia.

The big shipping companies then had an issue to face – they did not have enough vessels and containers to match the demand which was actually higher than ever before. Instead of the costly and time consuming process of re-staffing and commissioning their dry docked ships they simply decided to try to reduce demand by charging more for each container shipped. And when this demand did not reduce they charged more. And we still did not stop buying. So they charged more. Until we are where we are now.

As it stands around £14m2 of your Indian stone paving goes towards the cost of transporting it to the UK. That doesn’t include any money to your supplier of choice or indeed the Indian company and people that quarried and split the stone. Crazy eh?

But I can still get Indian Sandstone for £20m2?

We’re sure you probably can. There will be a few suppliers out there that sell at fairly slow rates and hold a lot of stock. If they’re selling you an Indian stone for this kind of price currently they’ll either just want it shifted out of their yard or they imported it a year ago or more. Nothing wrong with that, just be aware that when the cheap stuff runs out the new price might set the eyes watering a little.

Why we actually think huge prices for shipping things that are far away is a good thing!

If you think about it – why should shipping goods most of the way around the world be cheap? Technology and the globalisation of our planet and culture has meant that access to stuff produced thousands of miles away is as easy as going to your local corner shop. It’s also been cheap too which has further encouraged us all to buy things that are made a long way away. But this has been bad. Something from far away should be exotic, a treat even. Something you should save up for and something you should certainly think twice about before buying. We think we’ve probably had Indian stone too cheap for too long and this year is perhaps part of a new trend for reducing our consumption of natural stone from Asia and looking a little closer to home not only for our paving but also for the other things we buy in life. 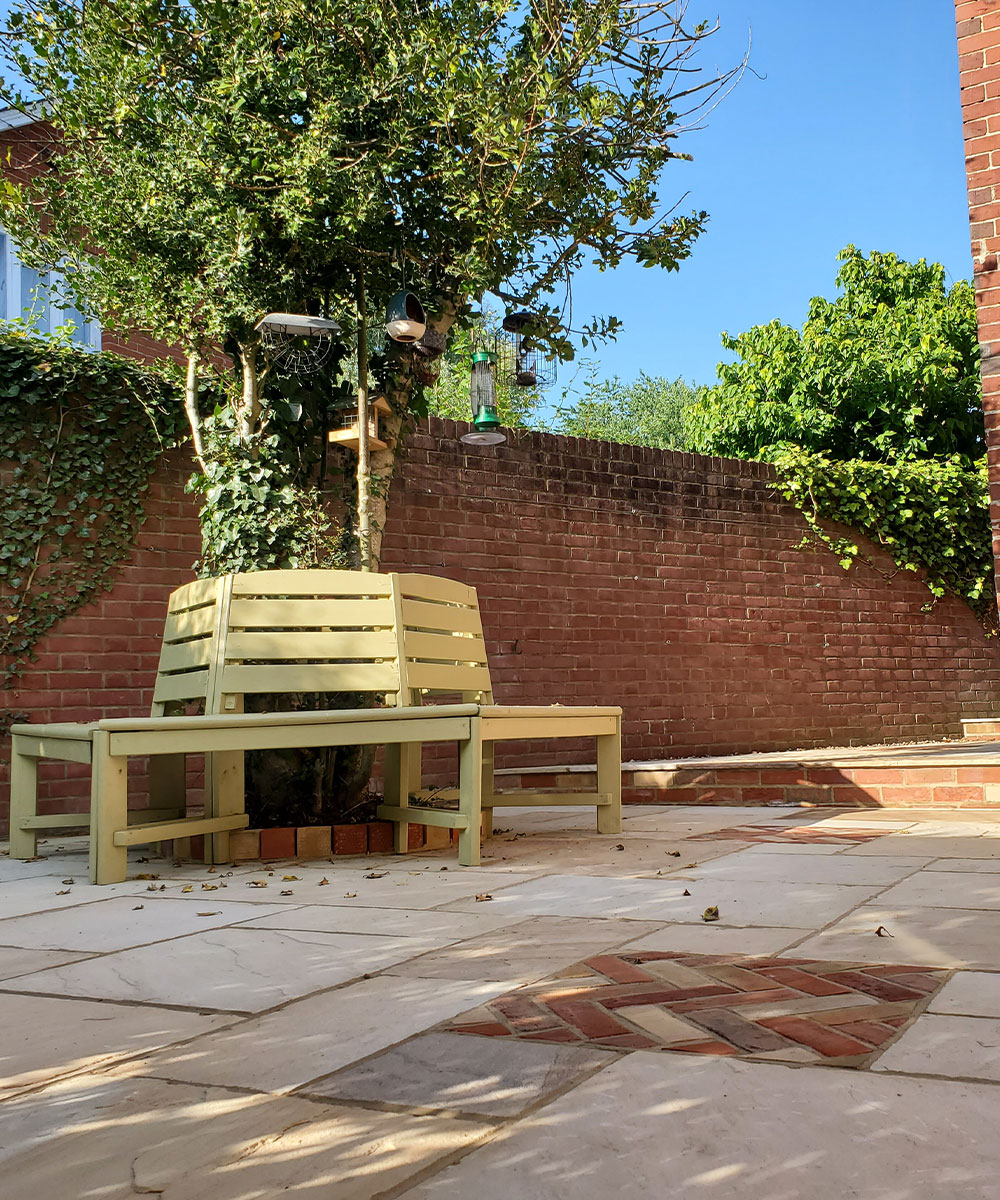 Sloped Garden Ideas - How to Transform a Hilly Garden

How to Create a Luxury Garden on a Small Budget

Dark paving options remain ever-popular, and there’s a few good reasons for that – they look fantast…

Thinking of transforming your garden for 2022 but not sure where to start? Looking at upcoming trend…